Giger on the set. 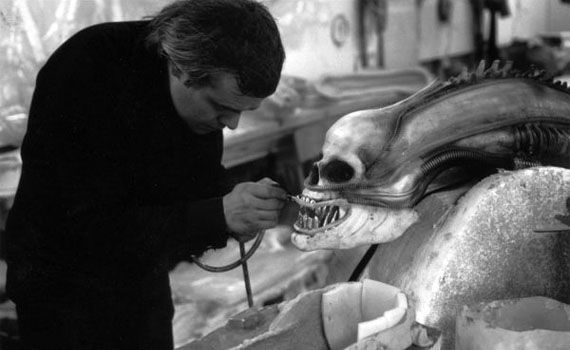 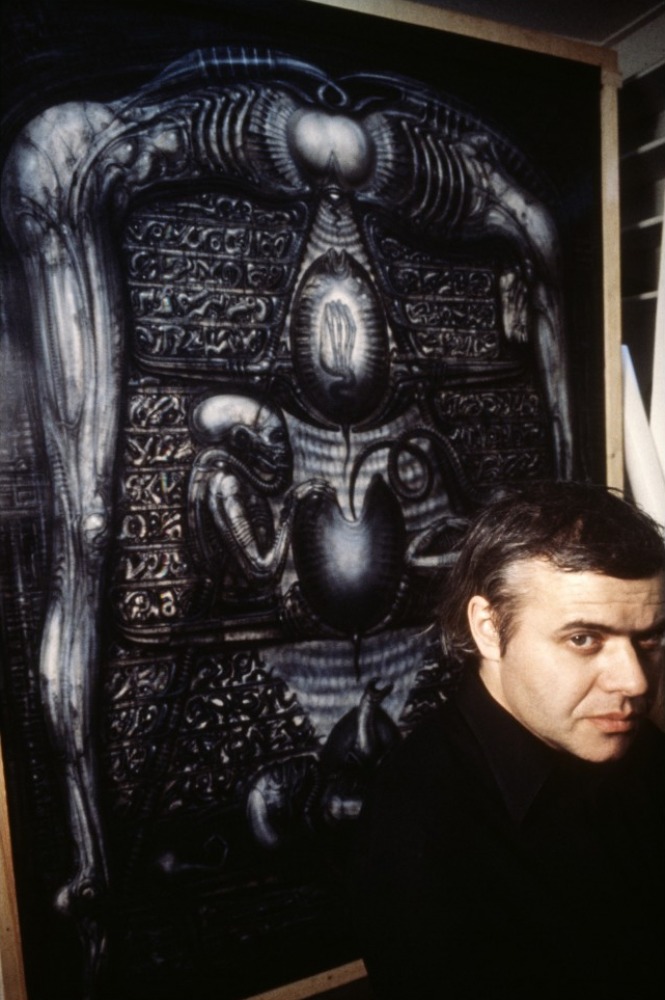 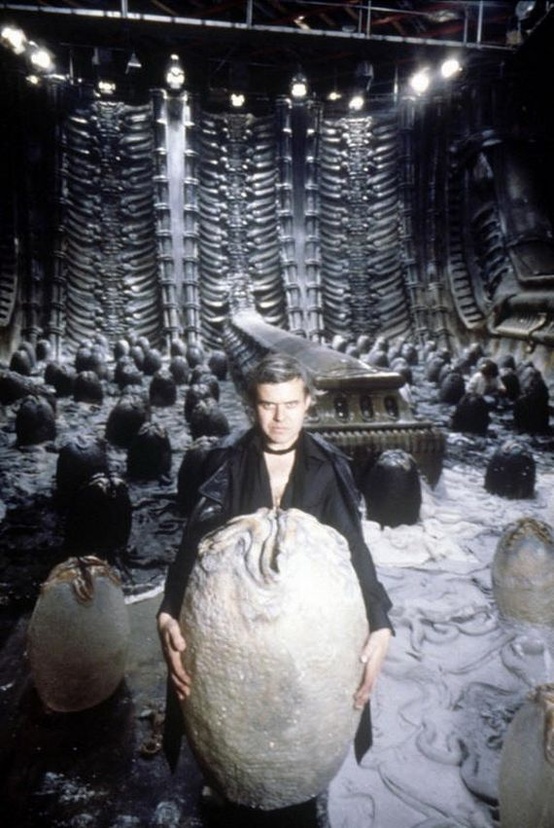 I think the difference between the obviously human-like Drone skull and the skull from Predator 2 could provide evidence that a Warrior is an actual separate evolution from the Drone and perhaps a next stage. But, in the end, the Predator universe is not a part of the Alien canon.

Love the last picture where he's go the supervillain cape. Such a badass.

I always liked his decision to turn the giant bulb eyes into the human skull underneath the dome. That way, the eyes are still there, but they're not an immediately defining characteristic of the creature - and some people aren't even aware it's on the original Drone.

I was actually gonna e-mail him a few months ago to ask about one of his paintings, but his website strictly mentioned something like "he doesn't like talking about them because they speak for themselves," so I never did.

Anyway, he seems so at home in these. His reputation is so surrounded in weirdness that I keep forgetting he's probably really normal in person.

But yeah. These make me harder than passing a bill through congress.